Huge reduction of CO2 at Herma 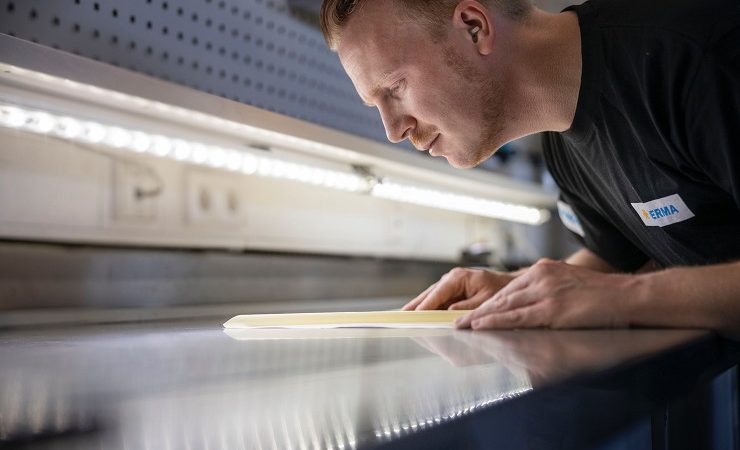 Herma has completed a transition to green power at its two new plants for labelling machines and self-adhesive materials in Filderstadt, Germany, saving 10,000 tonnes of CO2 a year.

Since the start of 2019, the utility company E.ON Energie Deutschland has been offsetting Herma’s electricity consumption by feeding into the public supply network an equivalent amount of power generated from renewable sources. The amount of the emission savings is referred to the German electricity mix, which in 2019 indicated that 46% of the country’s generating resources were already renewable.

‘In constructing the two new facilities we have made every effort to curb our specific energy consumption. Thanks to intelligent solutions, some of which are being used in our industry for the first time, we have achieved a great deal in this respect,’ said managing director Thomas Baumgärtner. ‘For production purposes, however, we still need considerable amounts of energy. By switching to green power, we have ensured that the electricity we consume is being generated in a way that protects the climate. Halting or at least decelerating climate change ranks among the most crucial challenges worldwide. For this reason we are continuously seeking to reduce our CO2 footprint.’

In 2010 the company was one of the first companies in the industry to participate in the Cycle4Green (C4G) initiative. Label release liner, which was previously considered non-recyclable because of its silicone content, is now being reprocessed. The recovered precious paper fibre is used to produce new release liner and label materials. ‘The material we collected from our own production in 2019 alone helped us to save a further 373 tonnes of CO2, measured against the amount that would have been generated by producing equivalent products with virgin fibre,’ reports Dr. Baumgärtner. ‘But the really large quantities arise, of course, where the label rolls are actually used – typically on the premises of brand manufacturers and packaging service providers. Nonetheless, the CO2 emissions eliminated by recycling our waste are more or less equivalent to those produced by the entire HERMA vehicle fleet. From this perspective, the climate footprint of all our vehicles is being offset.’ In addition to C4G, several more initiatives are now successfully pursuing a similar approach. ‘As a result, label producers and users are in a position to select the system that suits them best. The most important thing, however, is that as many stakeholders as possible join these schemes.’

Since 2017 the steps being taken to reduce the carbon footprint have included the reconditioning of intermediate bulk containers (IBC). These standardised containers are designed for transporting and storing liquids, pastes or solids, such as powders or granules. They consist of a plastic body, a cage and a pallet base. In 2019 Herma submitted 1,277 of these IBCs for environment-friendly reconditioning. If it had purchased a similar number of new IBCs instead, the company’s CO2 emissions would have been 136.6 tonnes higher. The saving is equivalent to offsetting the climate footprint of a car that consumes an average of 40.4 mpg (seven litres of petrol per 100 kilometres) over a distance of 516,000 miles (830.000 kilometres). Recycling this number of containers also recovers 49.2 tonnes of steel and 19.4 tonnes of plastic. ‘Many more steps still need to be taken and we remain committed to making further progress,’ commented Dr. Baumgärtner, ’but these examples demonstrate that even small changes give rise to remarkable CO2 savings.’