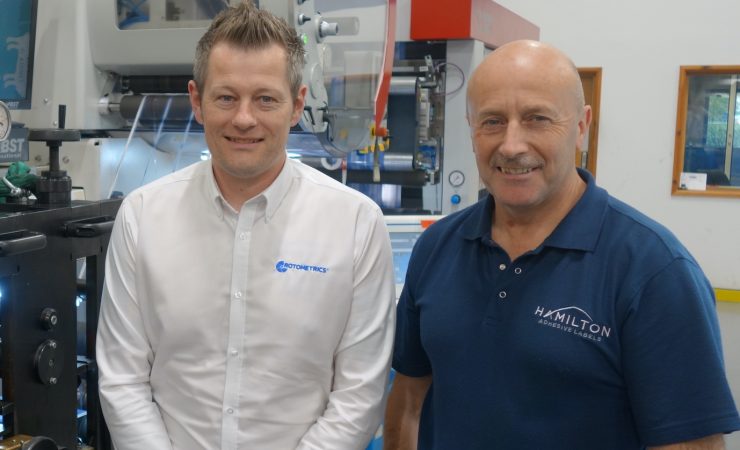 Hamilton Adhesive Labels has confirmed that it will be switching to RotoMetrics tooling, having decided that overall ROI is of more importance than lower upfront prices.

Paul Larkin, operations director at the Coalville-based converter explained: ‘Why do I buy a higher priced die? Because it offers the best value for money! We’ve seen a 30% increase in job throughput here since we made a number of improvements in production. This includes the switch to RotoMetrics’ tooling that has seen a significant drop in downtime caused by the need to repair or replace dies.’

Mr Larkin first looked at what RotoMetrics had to offer when he became concerned at the lack of consistent quality being offered by the existing die tool supplier. ‘To maximise efficiency, you need to have common quality throughout – it’s all about predictability, otherwise all calculations become guesswork and that hinders rather than helps productivity and business management. You can’t build a secure business on unstable foundations – it doesn’t make sense.’

Because many people consider die cutting an ancillary process, Mr Larkin believes that it isn’t analysed often enough for efficiency. ‘I estimate RotoMetrics dies cost 10 – 20% or sometimes more to buy, depending on the application – but because they last exponentially longer, they are by far the most economical to use.’

Label production at the Hamilton plant is based on three MPS and three Nilpeter narrow web presses with two ABG print and converting systems. These generate demand for a large number of dies, and according to RotoMetrics almost 400 flexible dies were supplied to Hamilton in the period September 2018 to October 2019.

It will take another two years or so for Hamilton to convert completely to RotoMetrics tooling, at which time Paul Larkin will be able to put a precise value on his decision to switch suppliers, but working numbers to date show a significant improvement.

‘We analysed one large job that we run on top coated thermal material and found that our previous dies were averaging 440,000 metres each, whereas the RotoMetrics flexible dies that we use now give us 1.2 million metres each – that’s a major improvement in efficiency and reduction in production cost.’

Founded in 1992, and still under family ownership, Hamilton Adhesive Labels generates more than £12m worth of business from its 40,000sqm site in the East Midlands, where it employs a staff of 65. 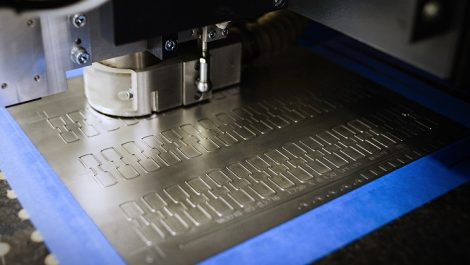