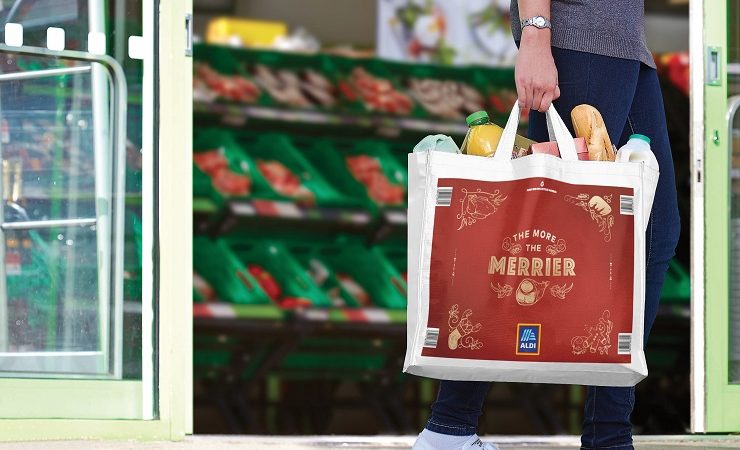 A combination of technologies from Esko, delivered superior print quality for Aldi’s shopping bag over the festive season.

The LUX ITP 60 plates ran for a total of 1.4 million linear meters at 370m/min without plate cleaning – including press pauses for lunch breaks and shift changes. The plates showed zero visible dot gain change from the first impression to the last, and the job came up to colour and matched the hardcopy proof on the first pull.

‘The quality of the plate and the end print result is a testament to the efforts of everyone involved in the process,’ said Robert Bruce, RIP and screening product manager at Esko. ‘The first job was stopped at around 850,000 linear meters as the bag forming conversion line simply could not keep up with the production speed. When a second print run started after the bagging machine caught up, it ran an additional 550,000 linear meters at 370m/min without having to clean the plates.’

‘We are delighted that Esko technology was used so successfully in the production of the Aldi shopping bag and look forward to further examples of the outstanding print run results that can be achieved as we move into 2020,’ concluded Mr Bruce.