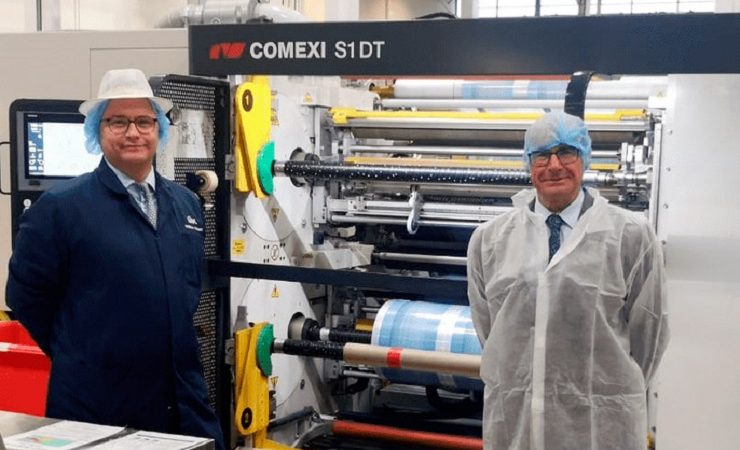 ‘It is a market leading slitter in terms of productivity, with a high level of automation, including automatic knife and core positioning, and automatic core taping systems,’ explained Tim Hilton, a Comexi UK/Ireland agent who works on location at Pack Support.

‘Roberts Mart & Co has been a very important customer for many years. At Comexi we have always had the most innovative solution for their requirements, which are extremely high, and that has meant that the synergy between the two companies to be uninterrupted,’ commented Ramon Jonama, Comexi area manager.

According to the company, this machine provides excellent results in both quality and productivity, due to its regulated control elements and high degree of automation including cores and knifes, which are self-calibrating. This automation gives the operator the ability to load the reel into the machine and, if the configuration is appropriate, to deliver completed reels, which are palletized and singularly wrapped in bags, without operator intervention.

The turret of the Comexi S1 DT is able to perform jobs with a large output reel number. Furthermore, it is capable of working with the thickest structures used in the flexible packaging market, including aluminium, wax, and other hard materials. This machine has the NIP tension gap system with which different rewinding and unwinding tensions can be used. Moreover, the Comexi S1 DT allows for a high degree of customization, as well as many automated options, such as splicing tables, automatic reel unloading, video inspection camera, and the robotized labelling of finished reels. 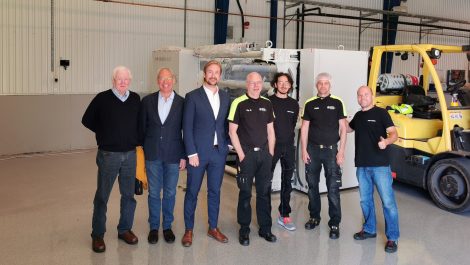 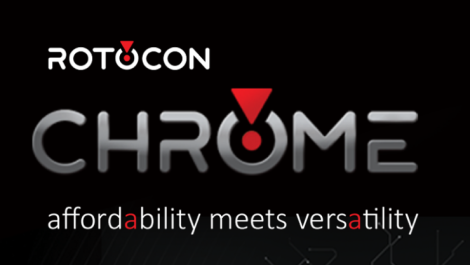