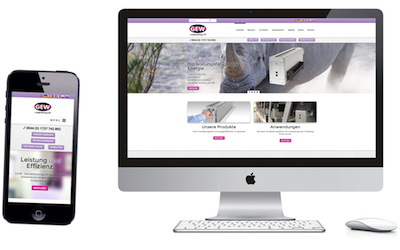 The investment was made to support efforts in optimising reliability of production output, increasing uptime and reducing energy consumption.

David Dickinson, group engineer said, ‘With the running cost we had for spare parts and energy, we had come to a point where it was no longer viable to run the old system and we took the decision to upgrade to an alternative and GEW’s RHINO came out at the top.’

‘There was an obvious point in favour of Rhino: it comes with a 5-year parts warranty. Our spend on parts covered the cost of Rhino. On this site we have gone from spending a substantial amount on spare parts down to very little within the next 5 years and it’s all predictable.’

According to Coveris, installing the UV system means it can provide customers with a proven range of labels with better reliability as far as volume and leadtimes are concerned, which they see as key elements in offering clients the best possible quality and service.

Roly Banks, site manager added, ‘We are no longer losing production due to component failure. The new system has improved our productivity massively. The thing we are most comfortable with now is that in the 9 months we have run Rhino here the system has been 100% reliable. We’ve had no failures.’

A major advantage of the new UV system for Coveris is the fast start-up and minimised maintenance time with consequently improved production efficiency and reduced downtime.

Mr Dickinson explained, ‘We are now able to shut the lamps down for a break period which in the past we couldn’t have done. Now over a three shift operation we can save more than an hour and a half per day of running of actual lamp energy.’

Mr Banks added, ‘The short burn-in time has been a big saving for us. We actually shut lamps down for 5 colour, 4 colour, 3-colour jobs, so the energy and time savings are massive.’

In addition, the lower temperature output of the system means less heat and CO2 discharge.

The improved curing efficiency of the new E2C lamp and reflector design meant press operators were more confident in running the press faster with less power.

Whereas older UV systems require regular cleaning to maintain optimum operating efficiency, this procedure is rarely necessary with this system. In addition its high energy efficiency means that reduced lamp power can be used to run the press, resulting in significantly prolonged lamp life cycles. ‘We were used to changing lamps every 1000 hours and are now pushing forward to changing every 3 to 4000 hours,’ confirmed Mr Banks. 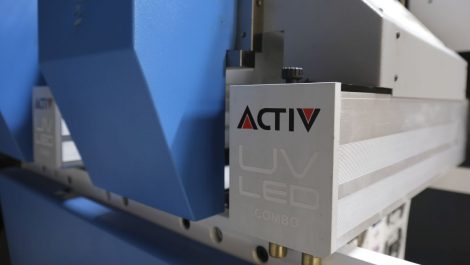 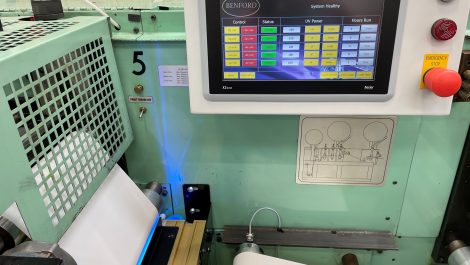